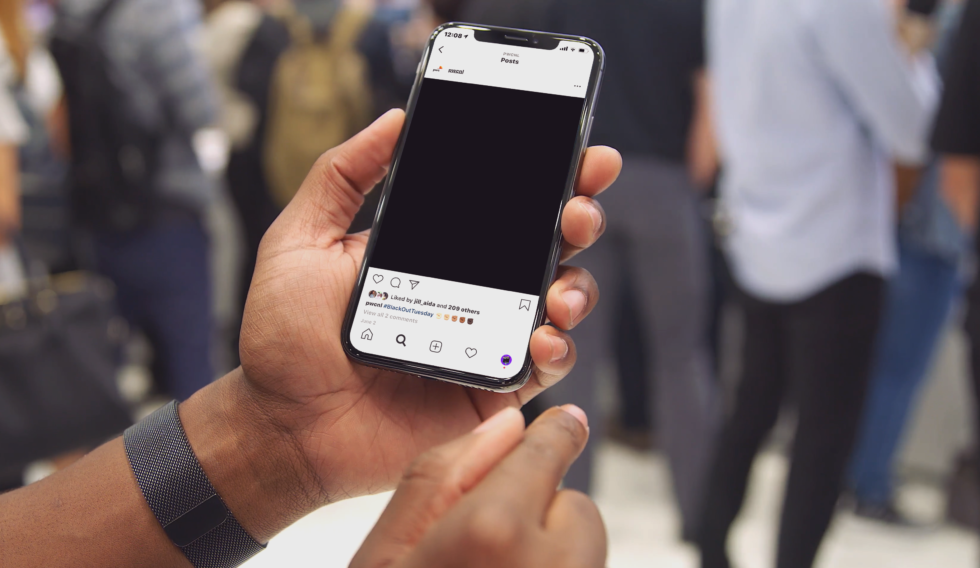 Global protests against racism and police brutality drown out reports of the corona crisis. Also in the Netherlands, thousands of people – from Amsterdam to Groningen – are taking to the streets to make a fist against racism. The high turnout in many cities shows the sentiment and urgency. In the process, attention is also drawn to the need in the Netherlands to address structural discrimination in the labor market against people with a non-Western migration background. Many companies are also making a statement against racism on #blackouttuesday by posting black squares on social media. They could count on criticism. After all, what is the company itself doing to promote equal opportunity? What does the staff and board of directors look like?

Top business leaders show an even more negative picture. Only four companies of the Fortune 500,the largest companies in the US, are led by a black CEO, the Financial Times writes this week. In the Netherlands in 2017, only 3.6 percent of executives have a non-Western migration background, according to CBS. The SER Opinion ‘Diversity at the top. Time for acceleration’ also shows that the top business world is a white world. It is high time for employers to take responsibility.

A number of employers did so by showing solidarity with the Black Lives Matter movement. Especially international companies with a relatively young target group are speaking out by displaying black areas and talking texts on social media calling for equal opportunities for all people, regardless of ethnic background. “Together we must … and together we will” adds Coca-Cola, for example, to its message. Furthermore, there are many companies within the media, cosmetics, clothing and food sectors that post messages of hope and donate to community organizations that advocate for the position of black Americans.

These statements are mostly confined to social media where they are quickly drowned out by subsequent opinions and statements. Still, it is positive that many companies are showing what they stand for. And this will have impact, at least if the message gets the point across. Empty phrases are being punctured more and more quickly. Critical followers everywhere post questions about the veracity of the statements and confront companies about the lack of cultural diversity at the top or boards. Employers who pay tribute to the Black Lives Matter movement only in words thus put their company’s image at risk. Not words but deeds the protesters demand.

This raises the question of what companies can do to achieve greater social equality while making cultural diversity the norm.strants. The answer is actually quite simple: get started. Labor organizations have a range of resources within and outside of human resources to ensure that applicants, staff and board members from different migration backgrounds are proportionally represented. For example, signatories of the Diversity Charter and affiliates of Amsterdam – Divers & Inclusive are making a serious effort to increase cultural diversity in the workplace by, for example, posting job vacancies through other than the usual channels, reaching many more cultural communities. Recruiters are being trained to become aware of their biases and selection committees are being given a mixed composition. At a number of companies, these measures have been successful. For example, the influx of employees with a migration background at PwCin now 30 percent.

Practice does show that it must be about more than simply attracting and bringing in people from non-Western migration backgrounds. It is also about retaining them for the labor organization. After all, diversity brings differences in views and work styles. This requires a business climate where the special contributions of each employee are valued and where all employees feel at home. This requires, to use Prime Minister Rutte’s words, addressing the “systemic problems“: raising awareness and changing daily work practices and (unwritten) rules.

In order to detect these written and unwritten rules, L’Oréal, for example, organizes a mentoring program every year with students from non-Western backgrounds that is used to increase organizational culture awareness. In addition to their results, students present the challenges they experience related to their cultural background.

In dealing with this, it is the managers who are particularly involved. They are expected to speak out for cultural diversity more than in the past and to commit to it with conviction. This means making room for many more employees with non-Western migration backgrounds – including at the top of the company – and actively working to create an inclusive business climate where differences are recognized and valued. Cultural diversity on boards is one of the action items that VEA, trade association of communications agencies, is imposing on itself and its 80-plus members in response to the current protests. Under the slogan “it must be different, we feel responsible,” an action plan was drawn up with concrete steps for more cultural diversity in business and communications. 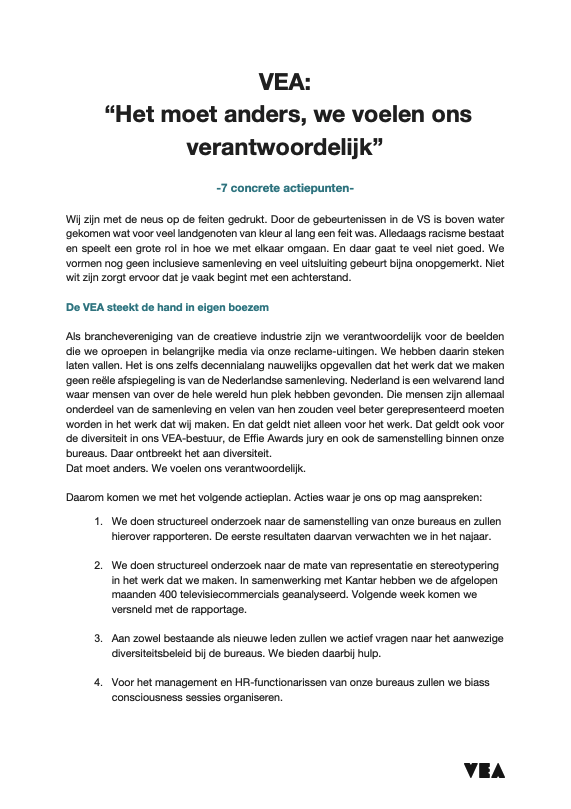 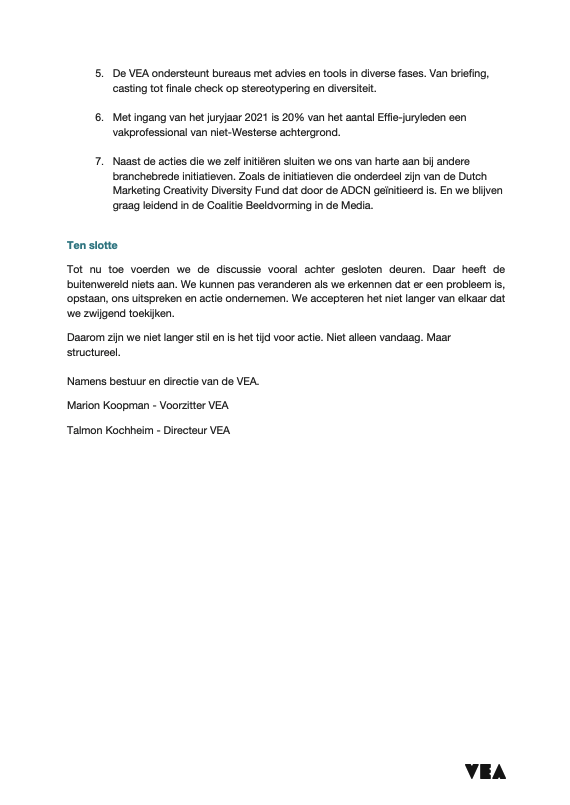 Signatories of the Diversity Charter prove time and again that it is possible, but also that it takes time. Cultural diversity and an inclusive business environment is not a “big steps, quick home” process. It requires decisiveness, continuous attention and sustained investment.

Global protests against racism are shaking up the world. The movement demands that companies not only black out the screens, but also show that they are working behind the scenes to achieve equality between black and white. Companies can make an important contribution to this by using cultural diversity as a weapon against racism.